From “Skinny Fat” to IFBB Pro 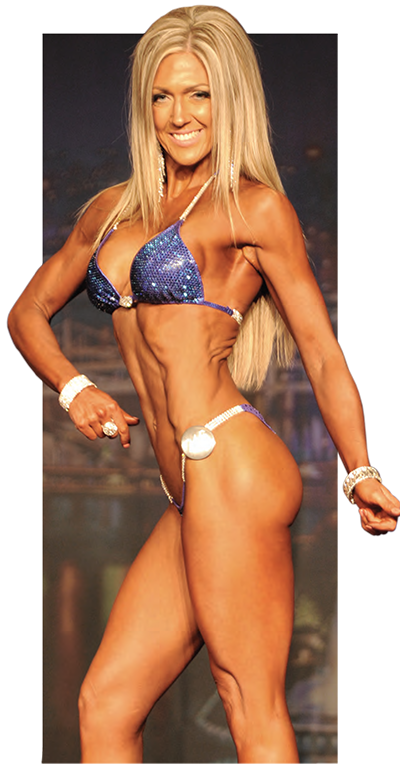 At a Glance: Lacy Green

Occupation: For 15 years I was a Registered Respiratory Therapist. I left my career early in 2018 to open a Virtual Gym called C323 Fitness. www.c323fitness.com

Favorite Supplements: UMP is number 1!! My first experience with a protein drink came from chocolate UMP. Nothing could compare after that! I am currently hooked on the Angel Food Cake UMP. It is smooth and delicious!!

What would you recommend to someone who has never used Beverly supplements before? UMP is an easy recommendation. The flavor and texture are like no other protein supplement I have ever used. It mixes and cooks beautifully. It is easy to digest and never leaves me bloated.

Music: When I workout I rarely listen to music. I listen to motivational speakers, sermons, and inspirational stories. If I were to listen to music, it would be Gospel or Contemporary Christian.

Most Inspiring Book: The Bible inspires all that I do!!!

Hobby or Interests outside of Bodybuilding: Talking to people. I love to go to the grocery to simply chat with people. I have the most fulfilling conversations with complete strangers. I look for opportunities to talk to people everywhere I go.

Words to live by: “The disciplined mind rooted in truth can do the impossible” ~Billy Alsbrooks

I was always what I call skinny-fat. You know – low bodyweight, with a lot of flab and hardly any muscle. Like a lot of women, I was careful about what I ate, but my physique did not change. I spent a few years running. I did several 5k races and ran several times a week for exercise. I enjoyed it, but again, my physique did not change. I thought that lifting weights might be the answer, but I had no idea what to do in a weight room, so I didn’t pursue it.

In 2011 my husband deployed to Afghanistan. While deployed he lifted weights daily. He came home a year later completely transformed! He had gained a large amount of strength and muscle mass. Unfortunately, that quickly went away when he quit lifting and began running for almost 2 years. He lost muscle mass and became very thin. He wanted to regain the muscle he had while deployed so he joined a local gym. Each day after work he went to the gym. I began to miss him. He is a law enforcement officer and I recognized the great value in fitness for his career, so that we could spend more time together, I started going to the weight room with him. At first, I kind of hung out with him while he worked out. After a few days I decided to try the exercises that he was doing, albeit with lighter weights. I could tell that it was just what I needed and started noticing changes in my body. We both loved it and our gym dates became routine.

I am an all or nothing kind of gal, so I wanted to know everything about weight training. I took an ISSA course and became a Certified Personal trainer. Even after learning the correct way to weight train, I ran into a brick wall with my fitness goals. I’d made great progress, but now I was stuck in a plateau. I could not lose fat off my body. I tried several diets and eating plans, none worked so I knew it was time to get some nutrition guidance. I hired Hammer Fit Coaching led by IFBB Pro, Mark Hummel. This was a game changer! Three weeks after beginning a bikini prep meal plan I barely recognized my body! In July of 2017, after 3 months of being on Hammer Fit coaching plans, I decided to compete in the 2017 NPC Natural Indianapolis as a Bikini competitor. I won 1st place Novice, 1st place Masters, 1st place Open Bikini, and the overall Bikini title! All of a sudden I was instantly Nationally Qualified!! A short 8 months later, in July, 2018 I competed at the the NPC Teen, Collegiate, Masters Nationals in Pittsburgh. This was my second competition ever and I earned my IFBB Pro Card!

During my training for Nationals, I decided to leave my career after 15 years in Respiratory Therapy to open a fitness business. I had developed a passion for fitness and wanted to share it with others. I recall a day during my training where I caught a glimpse of myself in the gym mirror and could not believe what I was seeing. I barely recognized my own fit physique. It brought joyful tears to my eyes right there in the gym. I vowed to learn all I could about fitness, so I could help others experience the joy I felt in that moment. I saw a need to help people “find their fitness”. We all have a personal level of fitness and I want to empower and inspire people to achieve their highest personal level. To continue my knowledge base, I completed my certification as a Fitness Nutrition Coach through the ISSA.

I currently work as a personal trainer and nutrition coach for Westwood Fitness in Lima, Ohio. I also work as an online competition coach for Hammer Fit. It is an honor to work for the coaches who changed my life by coaching me from a recreational gym junkie to an IFBB pro in less than a year. I love coaching novice competitors! My big project right now is C323 Fitness, my virtual gym. While talking to people, I recognized a huge need to bring a gym to the people, not ask them to come to a brick and mortar gym. I believe in meeting people where they are at in their fitness journey. For many, that is in the comfort of their own home. Most people that I spoke with could not get to the gym for various reasons. They want fitness, but are limited by things like child care issues, shame due to their current lack of fitness, fear of judgement, lack of time, and lack of motivation. I created a solution to these issues by providing people with a gym that comes to them through Wi-Fi to their smartphone, personal computer, and tablet wherever and whenever they choose. C323 has a variety of recorded content for all fitness levels that can be accessed around the clock and live one on one personal training with a variety of highly motivated personal trainers from all over the country. There is something for everyone!

I am often asked about the name of the gym. C323 is short for Colossians 3:23; Whatever you do, work heartily, as for the Lord and not for men. I chose this scripture because as a business owner I am my own boss. I am the steward of the gym, but I work for Him to serve His creation. The members of my gym deserve my very best service!

In bikini, posing is very important. I practice it year-round. I highly recommend a posing coach who knows how to angle your body in the most flattering ways. Confidence is key! From the moment you step on stage you are being judged so make every step count. Show your personality and have fun!

I carb cycle every 3 days. This is a typical day of my regular diet.

I use Multiple Enzyme Complex with every meal.

If I want to have a leaner look or as a contest approaches, I take 2 Lean Out each meal and 3 7-Keto MuscLean in the AM and mid afternoon.